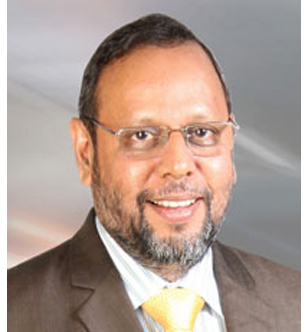 Prof. S. Mahendra Dev has been the Director and Vice Chancellor, Indira Gandhi Institute of Development Research (IGIDR) in Mumbai, India since 2010. Prior to this position, he was Chairman of the Commission for Agricultural Costs and Prices, Ministry of Agriculture from 2008 to 2010. He was Director, Centre for Economic and Social Studies, Hyderabad, India for 9 years from 1999 to 2008. He is Vice Chairman of the Board of Trustees of International Food Policy Research Institute, Washington, D.C. He was member and Acting Chairman of the National Statistical Commission, Government of India. He got the prestigious Malcolm Adisesaiah Award in 2016. He is President of the Indian Economic Association from January 2018. He was the Conference President of the 59th Annual conference of the Indian Society of Labour Economics in 2017. He was also conference President of the 78th Annual conference of the Indian Society of Agricultural Economics, 2018. He received his Ph.D. from the Delhi School of Economics and did his postdoctoral research at Yale University. His main areas of interest are development economics, agriculture policies, rural development and social sector. He has around 200 research publications in national and international journals in the areas of agricultural development, poverty and public policy, inequality, food security, nutrition, employment guarantee schemes, social security, farm and nonfarm employment. He has written or edited 19 books. His well cited publication is “Inclusive Growth in India: Agriculture, Poverty, and Human Development” published by Oxford University Press. His book “Perspectives on Equitable Development” was released by the former Prime Minister of India. He has been a consultant and adviser to many international organizations, such as UNDP, World Bank, International Food Policy Research Institute, UNESCO, ILO, FAO, ESCAP, UNICEF, DFID, and OECD. He has been a member of several government committees in India, including the Prime Minister’s Task Force on Employment chaired by Dr. Montek Ahulwalia, member of the Committee on Financial Inclusion chaired by Dr. C. Rangarajan, member of the Expert Group on Poverty chaired by Dr. C. Rangarajan. He is the Chairman of the Committee on Terms of Trade on Agriculture constituted by the Ministry of Agriculture. He was member of several working groups for 9th, 10th, 11th and 12th Five-Year Plans in India. He is also member of several committees of NITI Ayog. He has received honors for eminence in public service. He got awards for best teacher in economics and outstanding contribution to education. He received honorary doctorate (D.Litt) from the Acharya Nagarjuna University, Andhra Pradesh. He is Fellow of The Indian Society of Agricultural Economics.